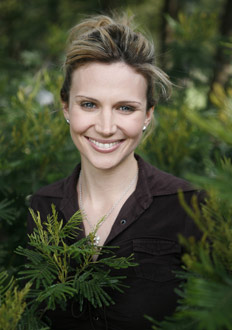 Elizabeth Grace Nell "Beth" Allen (born May 28 1984, Auckland, New Zealand) has been acting since an early age and has appeared in several small productions and commercials since 1993. Her first major role was in Cloud 9's The Legend of William Tell in 1998, where she played "Princess Vara". Beth has two older siblings, a brother Oscar and a sister Dinah. She is also an aunt.

It is perhaps for her role as Amber in The Tribe that Beth is best known for. Winning the part in 1998, she played Amber for the first series, before deciding to leave the show to concentrate on her school work. Her character was killed off in an explosion to explain her absence. However, two years later Beth returned to the show; the explanation given on screen was that Amber had been injured in the explosion, but Ebony had deceived her friends about her death. She then stayed with the show through most of its remaining run of its third, fourth and fifth series.

Other work by Beth includes a lead role in the episode 'The Green Dress' of the TV programme William Shatner's A Twist in the Tale in 1999 and guest parts in Xena: Warrior Princess and Revelations - The Initial Journey.

In 2004, she played the role of "Ellie" on Treasure Island Kids' Trilogy. Since then, she has had guest roles on Power Rangers: S.P.D.,Outrageous Fortune and Power Rangers: Operation Overdrive. In 2008 Beth joined Shortland Street as Dr.Brooke Freeman and is now enjoying new challenges.

Retrieved from "https://thetribe.fandom.com/wiki/Beth_Allen?oldid=14114"
Community content is available under CC-BY-SA unless otherwise noted.